Skip to content
The Ramblings of A Madwoman Uncategorized November 18, 2018 7 Minutes

One advantage that social media provides for modern writers is the ability to access a global audience with ease. Mobile applications and Internet sites, such as: Twitter, Facebook/Messenger, Instagram, Tumblr, Snapchat and YouTube[1], to name a few, supply modern writers with extremely cost-effective and (debatably) environmentally friendly methods of reaching their audiences with no time, money or need to deliver a pitch or hire an agent to persuade publishing companies to accept their work. Focusing specifically on the time aspect, social media favours modern writers by enabling them to post and present their work to the public immediately after having written it; everything that is done is done on their own time, as opposed to that of a publishing company’s. As a result, this also favours the reader as they have instant access to the work.

Furthermore, in addition to the instant access, the writer also gets to publish their work in a, more or less, imperforated form. The majority of social media sites do contain specific guidelines as to what users can write and construct post about, however, this is usually gone unnoticed unless reported, thus meaning that the writer’s work will reach their audience prior to being removed. The writer also gets to publish an unedited version of their work which is extremely significant as throughout history, pieces of literature have been subjected to a process of stripping down the inappropriateness and rawness of the truth within their work. A prime example being Oscar Wilde’s novel, The Picture of Dorian Gray,which was refused publication in the late 1800s[2]. Although times have changed, there are still things that certain publishers prohibit their signed authors from including and discussing within their work. It is due to such things that social media proves as a more advantageous platform upon which writers can present their work to their audiences as, ultimately, they are dealing with the response of their readers and not thatvof a group of editors or publishers.

In terms of the fiscal aspects concerned with using social media as a platform to write on, modern writers are privileged in the sense that they can create and present their work to their desired audience without having to spend so much as a penny. The majority of social media sites, such as all of those aforementioned, allow users to write and post as they wish without requiring any payment to do so. It is granted that publishing companies do not require payment either, however, they do go through the process of putting in their own money to promote the text which is obtained back through sales, however, the fiscal loss still exists for the company thus resulting in the royalties given to the writer to be at a percentage much less than that of which digital publishers offer their writers. It is acknowledged that through using social media as a platform for writing, modern writers can gain, “up to 40% more royalties than traditional print houses”[3], thus proving social media to be more financially advantageous to modern writers.

Another advantage of social media to modern writers is that it provides them with the ability to communicate things to their readers with ease. Sites, such as Twitter, where there are established fan-based accounts dedicated to authors, are extremely equipped for dealing with reader-writer interactions. This provides modern writers with immediate opportunities to communicate with their readers about their work, ranging from simply receiving criticisms or to answering questions. A recent example of this is when author, Margaret Atwood, responded to one of her readers about a query they had regarding her novel[4]. Despite Atwood being a published author who did not post her queried novel on the Internet to begin with, social media did aid her as a modern writer as it enabled her to communicate things that were perhaps not as clearly established to all readers in her original text. Thus, in the instance of reader-writer communications, social media has proved to be advantageous to the modern writer and also the modern reader. A writer’s success is only half to be accredited to their literary success as it is to their reader’s reception of the work. It is a common issue amongst readers that their inability to understand a certain element of a piece of work prevents them from being able to fully understand, appreciate and connect with the work as they – and the writer – would desire. Social media presents modern readers and writers with a solution to this problem thus serving well for the greater good of the writer’s piece of work and the literary world in general.

It appears, however, that in spite of all of the advantageous factors listed, modern writers do face one very huge predicament when it comes to uploading their work online. Many publishing companies are reluctant to signing a contract with an aspiring writer who has successfully posted their work on the Internet and had their readers receive it well. Notwithstanding the fact that not all publishing companies follow such strict rules, it is understood amongst writers and those within the world of writing that the likelihood of a piece of work that has been well-received online getting formally published, as a hard copy text, is slim to none. This disadvantage should, more or less, counteract any other advantage formerly stated, depending on the aim of the modern writer, although, a large number of writers are concerned with – and do write – with publishing in mind.

It does need to be asked, however, whether the disadvantages presented are truly a product of social media or whether it is the system that is being used by publishing companies that make them disadvantageous as it seems that digital texts and social media literature are well received by global audiences and digital publishers but turned away only by publishers when desiring to make the piece of work into a hard copy text.

The very act of using social media as a means for writing and reaching an audience can almost be seen as a varied version of The Pecia System[5]in which texts were copied as opposed to reproduced as that was a waste of resources and also a time-consuming process. In having a piece of written work posted on a social media site, modern writers are presenting their readers with a sole e-space in which they can all access and read the same piece.

Consequentially, this also works out to be a more environmentally friendly method of publicising one’s own work which arguably works towards the benefit of a modern-day writer. Drawing on the former mention of social media’s environmental friendliness, it appears that despite a single e-space being friendlier than whole stacks of copious amounts of paper, it is not as beneficial as we believe as it still leaves the Earth with irreversible damage[6]. Nevertheless, it is not as detrimental as its alternative and thus – depending on what it is that the modern writer wants – it works to their advantage as, if we protect the environment we are in, we will get to live in it longer which should be appropriately high and prioritised on the modern writer’s list of desires and necessities in order for their work to continue being read and appreciated in the present and forthcoming days.

Its relevance to a modern writer may seem questionable and as though it is not focusing enough on the main picture, however, there is a wider picture that also needs to be considered. There is always a wider picture, but the act of looking at it and considering it is simply only chosen when convenient. Although modern writers may not be writing posthumously, it is still understood that they would like their work to be seen and heard and read even when they are gone, which, in some ways, social media would work towards benefiting. It all ultimately comes down to the primary question, once again: what is it that the modern writer wants? Is it an environment in which they can follow a write-publish-and-repeat process in a safe and friendly manner? Is it to get published? Or is it simply to have their work received in an effective method, through means of either digital or non-digital publishing? Because it is depending on this that we can calculate how advantageous and disadvantageous social media is towards the modern writer.

Published by The Ramblings of A Madwoman

View all posts by The Ramblings of A Madwoman 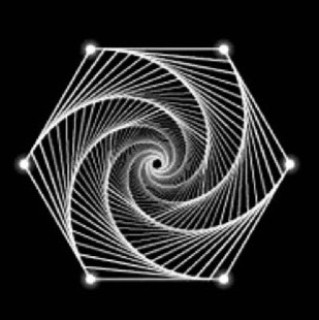 The Ramblings of A Madwoman